The week in the run-up to polling day, the whole of Year 5 and 6 spent time thinking about the recent General Election. In order to know how to vote, on Tuesday morning, the children worked in teams to look at genuine policies from 4 political party manifestos. Each party was anonymised and replaced with a letter – either A, B, C or D - so that there was no opportunity for bias to affect their vote.

We focused our attention on Education, Healthcare, Environment and Democracy. For each of the 4 different [areas], the children chose which policies they agreed with the most. They then looked at all of the statements they had chosen and worked out what percentage of the policies were from each party – giving them an overall majority and providing them with their vote!

On Thursday morning, along with the rest of the UK, Years 5 and 6 visited the Upper Key Stage 2 Polling Station to fill in their ballot paper and cast their vote. They voted in their constituencies (classes!) so there were 4 seats in the Prae Wood Parliament up for grabs!! Once all of the votes had been cast and counted, we revealed to the children which letter belonged to which party, along with who they had voted for!

The children voted as follows: 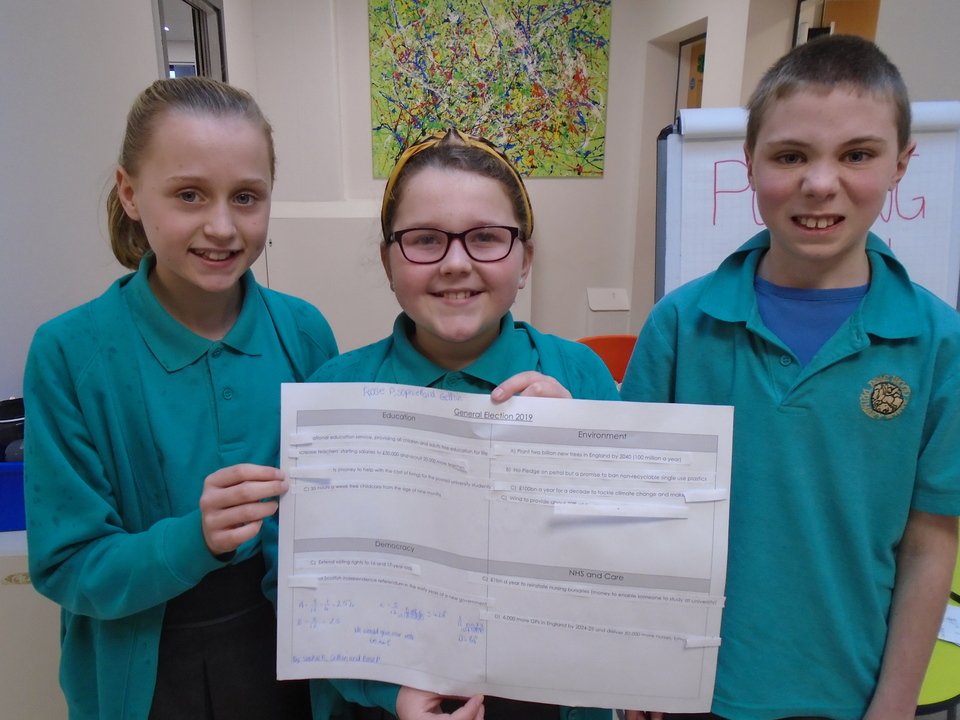 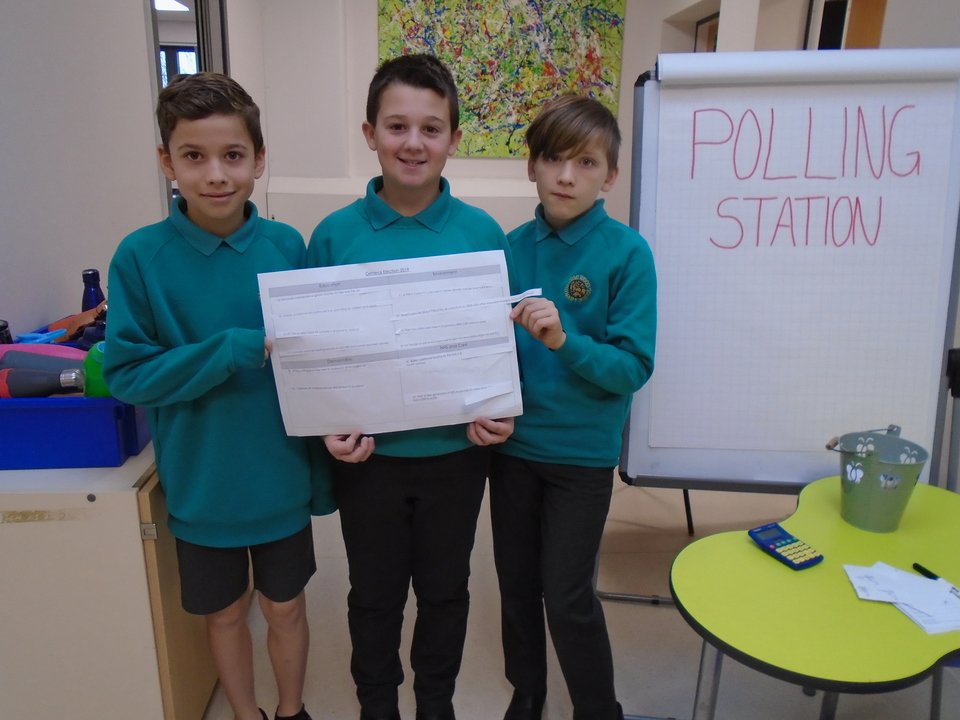 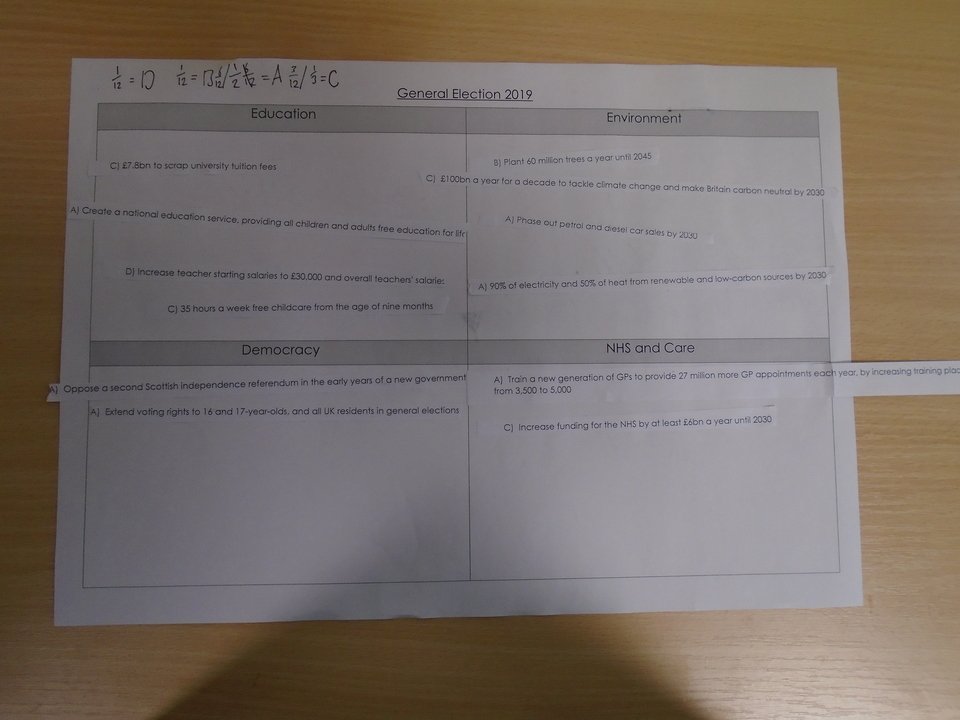 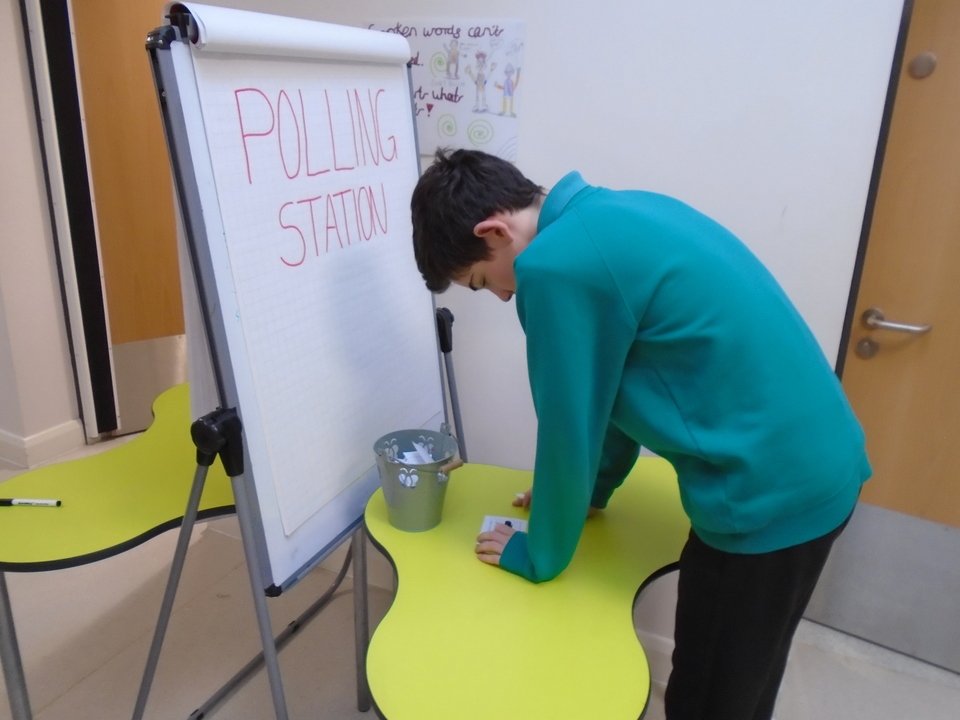 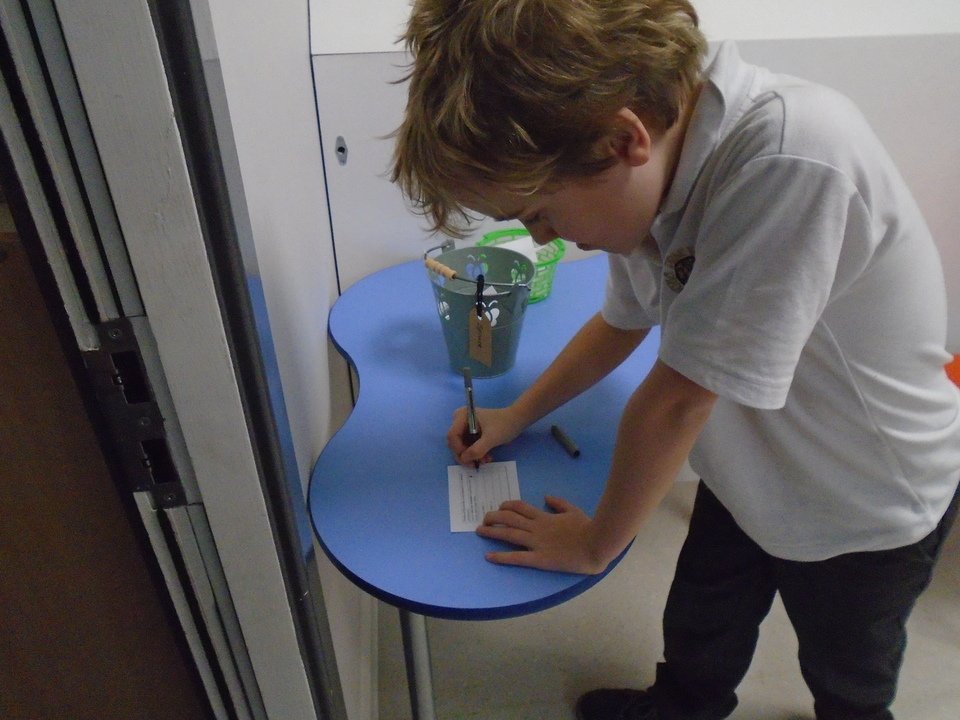 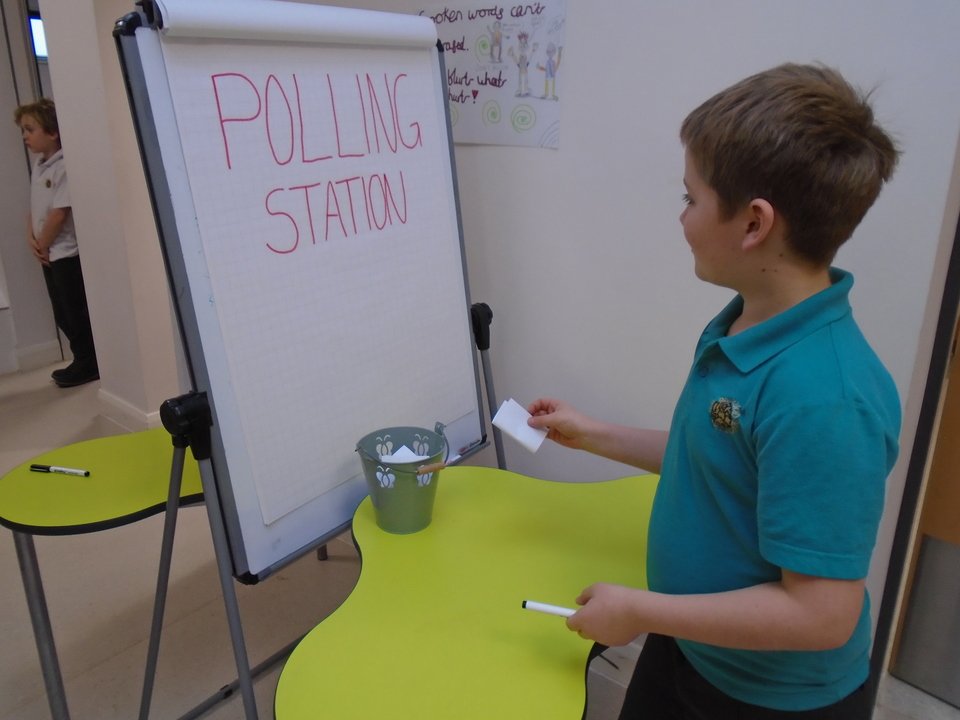 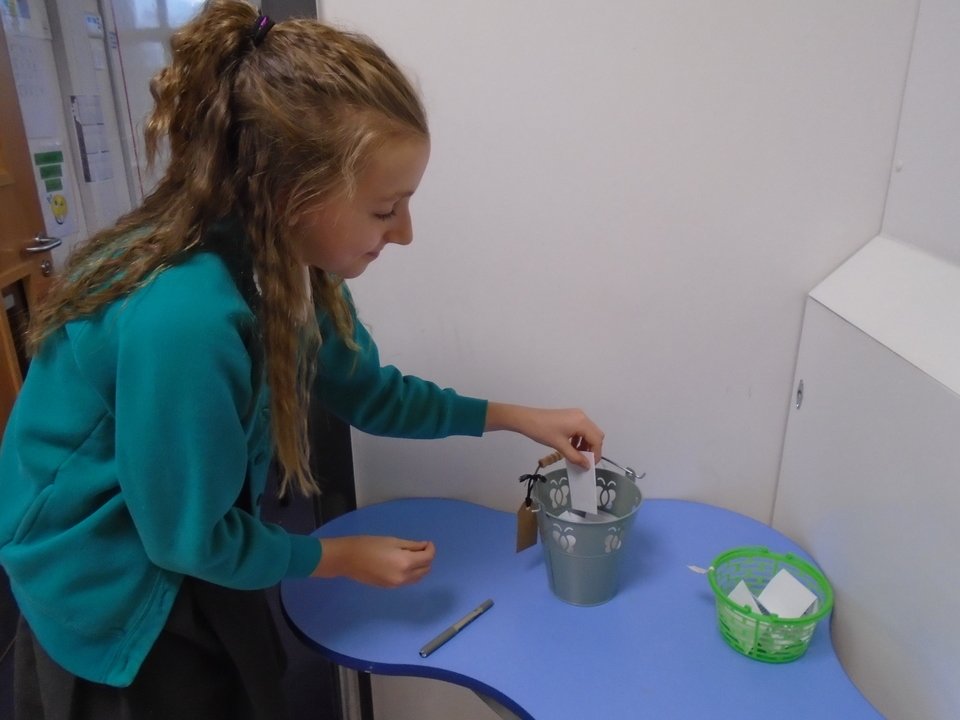 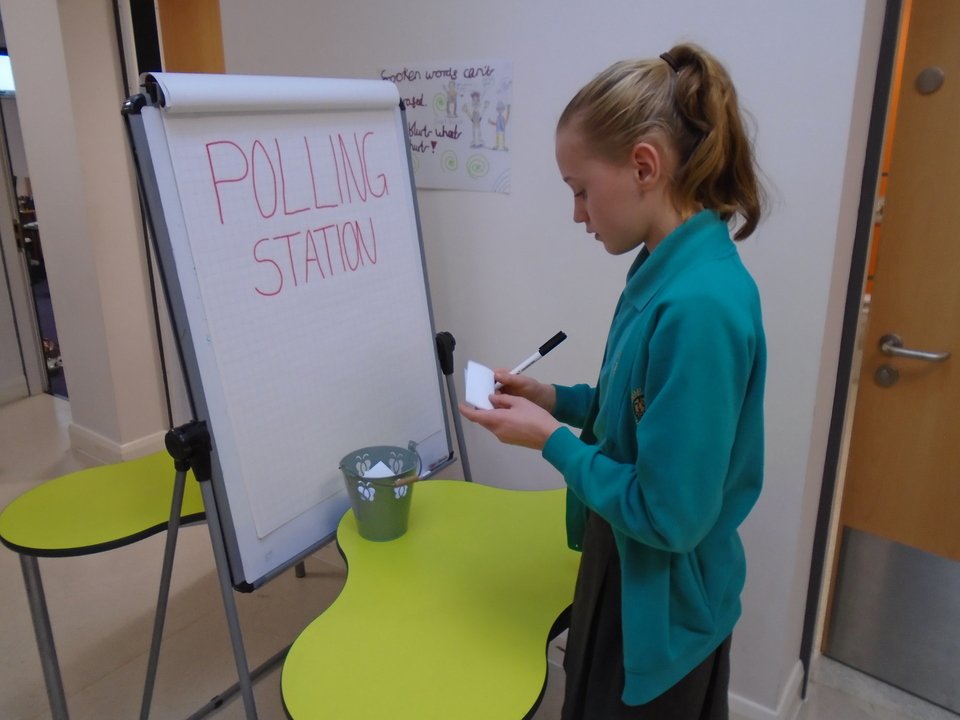 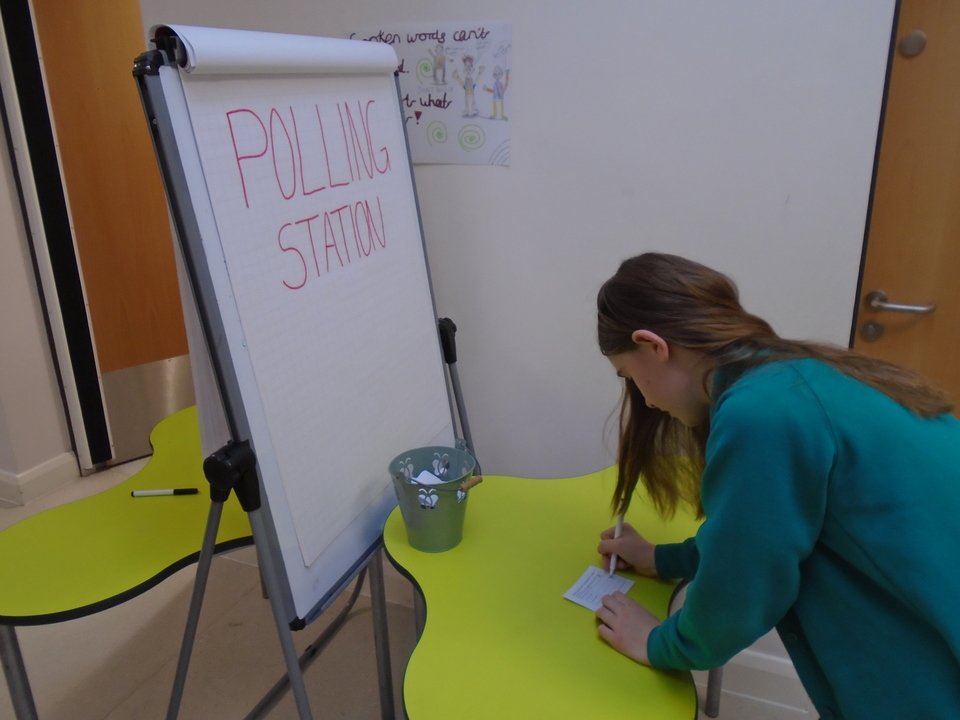 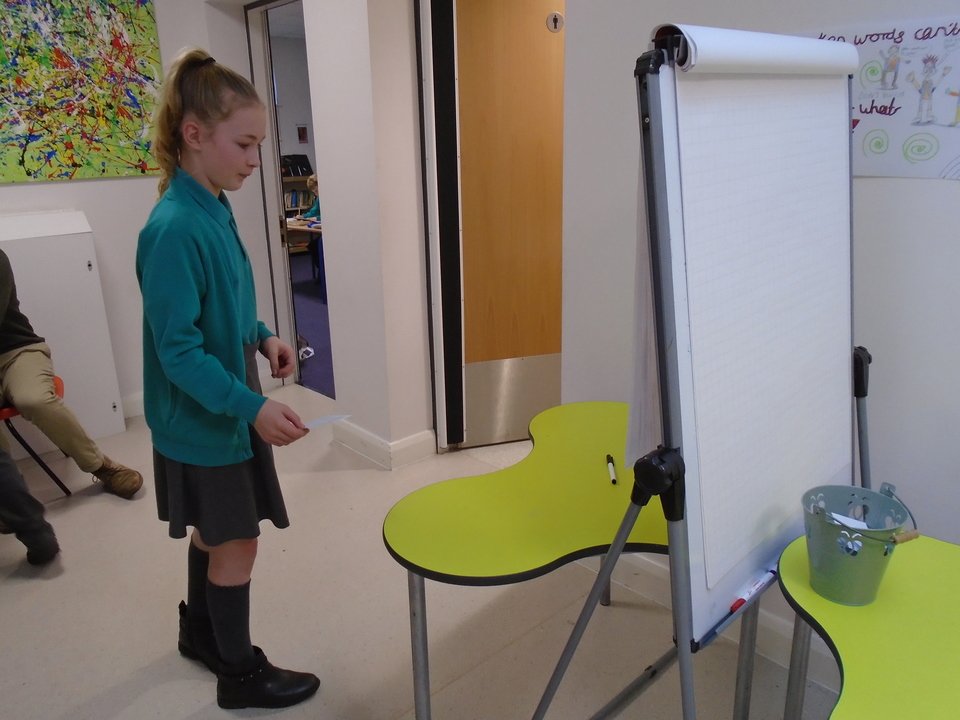 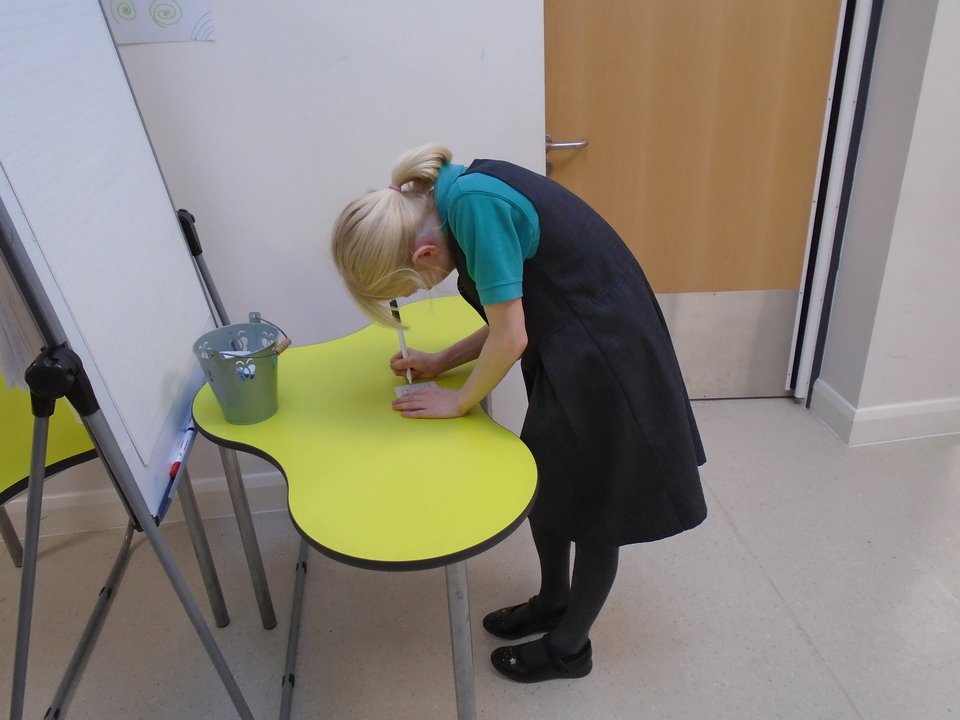 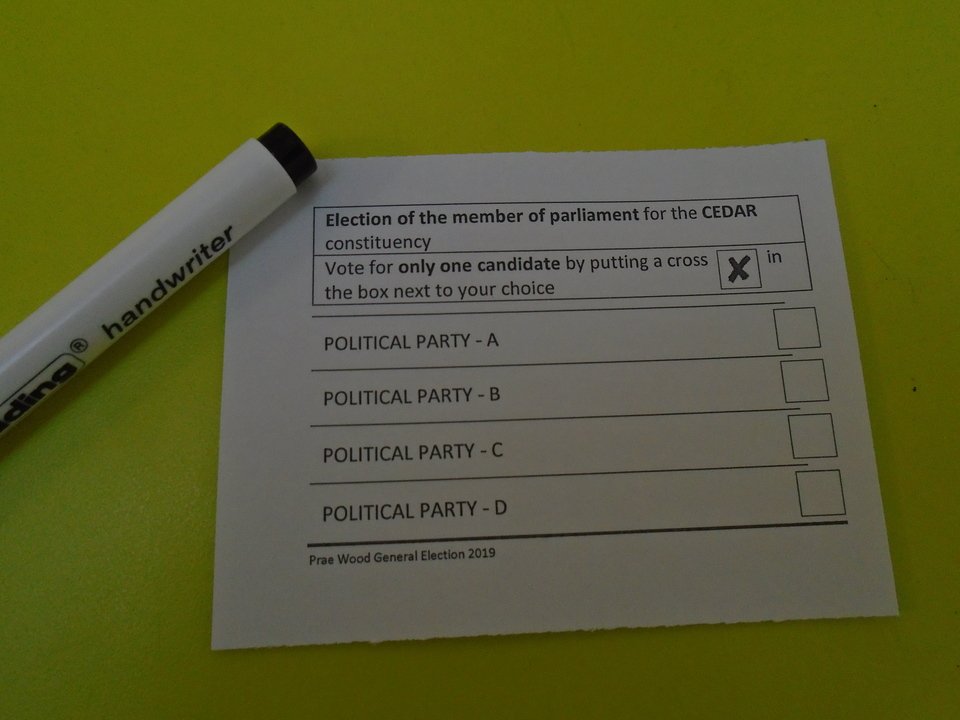 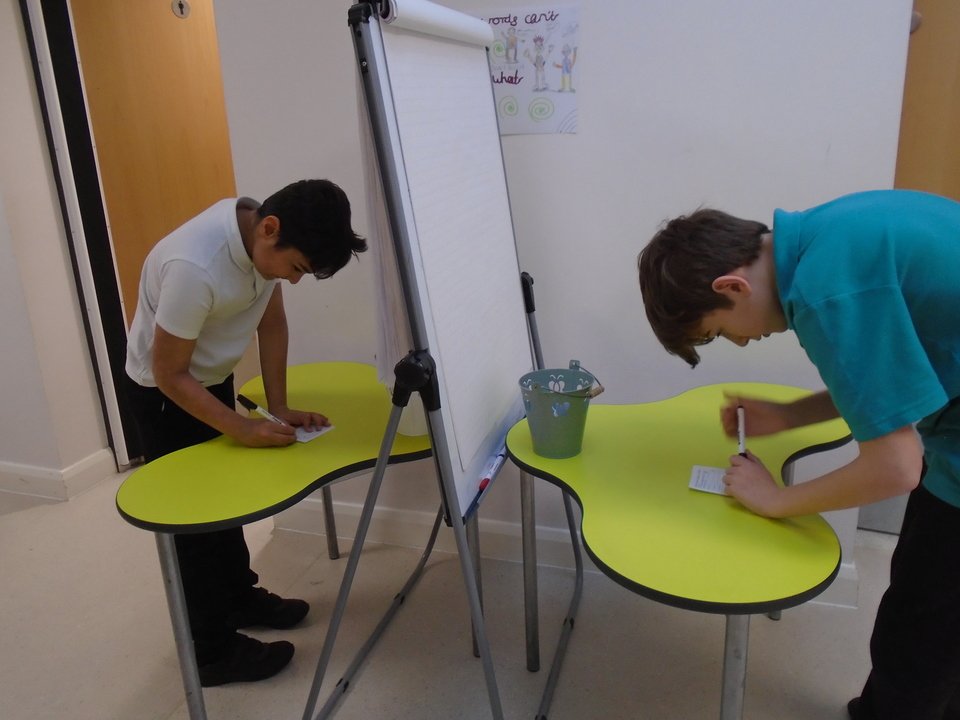 With all 4 seats, Labour won with a clear majority! The full break down was as follows:

The children really enjoyed the opportunity to learn more about how the voting system in the UK works and explore some of the different political parties and their manifestos.